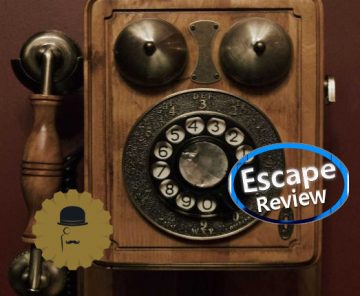 Enygma seems to have good thought out rooms, I would say they are well worth their place on Tripadvisor. Unfortunately they also need to work on the implementation and continue the immersion with sound / special effects and ambient music. All in all it was a good room, we had fun, we hacked it a bit to get out which didn't break the game and as mentioned in the review, a surprising exit.

7.8
Total Score
You have rated this

We’re in the world of the great detectives, as Watson the faithful assistant, trying to help Sherlock Holmes find a chemical formula.

The great detective, Sherlock Holmes, has need of your assistance. With his help, infiltrate the office of the notorious Professor Moriarty in order to foil his dastardly ploy. Enygma

It’s a linear game and the puzzles are based on the player’s attention to detail to such an extent that it really surprised us in a good way. Technology was used also here as with the previous room we tested from Enygma: The Mayan Temple. This time the puzzles worked correctly and we even succeeded in hacking a puzzle so that we short-circuited a part of the game. It was nice to see that it didn’t break their game and we made it out just in time.

The puzzles were varied: some based on NFC technology, others more hands-on, others logical, all in all a good mix.

We really liked the exit of the room. It’s something that was unexpected. 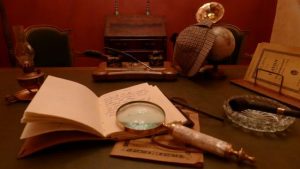 Furniture and props are in line with the story, but no music or special effects that we could distinguish.

As mentioned, the hint system is based on a monitor where you receive pictures or phrases. They almost never give you the resolution of the puzzle at which you are stuck unless you really didn’t get it. You have the Game Master watching over you at all times which is good since he can be proactive. Maybe a bit too proactive sometimes. The good thing is that this time we didn’t feel that we were flooded with hints.

A suggestion to the owners is to maybe integrate the monitor better in the decoration and also have the writing and background according to the theme.

The theme is unique in the location, there are no other rooms with the same theme. No “battles” possible.

As in the previous review, the reception area is well done with props for photographs and free drinks or coffee / tea. 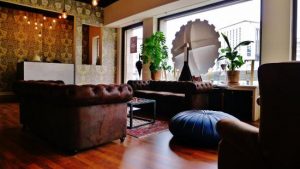 Enygma is located very close to Brussels Central station and to Grand Place, just at the bottom of Mont des Arts. This central location caters to both tourists, inhabitants and also corporate clients.

Minimum number of players is set to 2 for all of their rooms and a maximum of 6.

by Escape Reviews on Friday February 17th, 2017
The guys from CNET tested an escape room in Los Angeles: Very good article explaining the different stages involved in the Escape Room process. Not to mention the fun they had. We really like how she ended her article, something that we also recommend
Top Rated Escape Rooms
Blacksad – Private Detective
8.3
128
Spaceship
8.2
The Mayan Temple
7.9
Sherlocked
7.8
Alice in Wonderland
7.8
Robbery of the Manneken Piss
7.4
Resident Evil
7.3
Copyright © 2020 Escape Reviews, All Rights Reserved.


Fonts by Google Fonts. Icons by Fontello. Full Credits here »
We use cookies to ensure that we give you the best experience on our website. If you continue to use this site we will assume that you are happy with it.I agree